Docker has been growing in popularity among developers and sysadmins for the last few years, but it wasn’t until recently I decided to look into it for some of the projects I run in my sparetime, and try it out for myself.

Docker is an open-source engine that automates the deployment of any application as a lightweight, portable, self-sufficient container that will run virtually anywhere.
Docker ships applications using containers, containing any requirements for running the application, ensuring that the application runs in the same manner in production as in development. The use of containers also makes the systems isolated, enabling developers to run applications and their requirements inside a virtual machine, instead of having to install requirements on the workstation.
This means that getting a development environment up and running Rails, Wordpress etc., is now a matter of getting the right image from the Docker repository, and Docker will set up all requirements (application, database, webserver etc.)
There is one catch though, on Mac: It uses technology that doesnâ€™t work natively on Mac. However in recent versions, it’s become pretty easy to handle, as Docker has a lightweight Linux VM, which allows it to run on Mac.

We’ll start off by installing Virtualbox, as it’s needed to run the Linux VM. I usually use Homebrew Cask for installing apps, so this is based on you having Homebrew and Homebrew Cask installed on your Mac. Cask is an addon for Homebrew for installing Mac binary packages via the command line. This allows you to install applications like Chrome, OmniFocus, Alfred etc. through command line, rather than having to locate them and download the apps. manually.
Anyway - as mentioned previously, running Docker on a Mac requires VirtualBox, so install that:
Then install Docker and the addon boot2docker:
boot2docker installs the VM that Docker needs, in order to run on the Mac. The following will download and install the VM, and setup the daemon that Docker needs to run:
Note: If boot2docker tells you to set DOCKER_HOST manually in order to connect to Docker, you may need to run the command given from the command line (It should look like this export DOCKER_HOST=tcp://localhost:4243).
The docker command line tool should now be ready to talk to the daemon, and you should be able to start up a Docker instance.
I had some issues with port forwarding, when I launched my first Docker instance on my laptop - as I needed to explicitly forward the ports needed for access through VirtualBox. This is a known issue on Mac, which a lot of developers experience.
kl. februar 18, 2018 4 kommentarer:

One of the most common misunderstandings of developers I’ve met over the years, is that we are in an industry that pays high salaries, and that’s the reason for us being in the game. Furthermore, I’ve met a lot of middle-managers, who think developers are overpaid and spoiled “nerds” with no life.
During my years as a developer, I’ve met 5% that work as developers for the money, and 100% of those were poor developers, with basic skills and no professional integrity. The reason is, basically, that learning development purely for the money is a bad investment. Most developers with a high skillset will have invested years of sparetime into learning and perfecting their craft, years with little or no pay for the most part.

But then, what motivates developers?

Most developers are competitive, proud people, who try to deliver the best possible result.
Feeling like a part of a team, with a clear, common goal is probably the most motivating thing for any developer. Convince them that everyone is determined on reaching the same goals, and show them what their role is in the big picture, and most of the time, they will be the ones working like crazy, while others complain about late hours.
On the other hand - being forced into writing poor, unmaintainable code, is one of the worst things you can do to a developer who loves his craft. You wouldn’t ask a construction worker to build your house using the worst possible materials, while being blindfolded.
If you have limited time, cut down on features, not on “doing things the right way”. Delivering a successful product in a developers mind is more than just “launching on time” - if the technical platform is not up to the standards of the developer, they will see it as a failure, on time or not.

Developers are commonly fueled by the desire to change the world. Sometimes by automating stupid, human behaviour that waste precious lives, but most commonly by the desire to make everyones lives a bit easier and pleasant.
Most of the time, a developer will choose a position based on the reach of his work: If it affects millions of people, or helps someone, they will choose it over a position that pays a bit more. At the end of the day, developers are pleasers and problemsolvers.

No micro-management. The best way to manage a team of software developers, is to present a challenge, encourage independent thinking and shield the team from any disturbances, while not getting in the way of the development process.
The worst mistake made as a manager, is probably to demean the work done by developers. Don’t tell them their estimates are “way off”, unless you’re a developer yourself, and know how a feature should be implemented. Instead, encourage them by explaining the impact of the feature, and the difference it will make for the company, not telling them it “should be easy to implement”.

Developers are on the frontline, when it comes to the services and systems running the company - and they’re usually the first to know when something is not working. If a system crashes after a developer pointed out the flaws or shortcomings of the platform, over a period of time, he will take it personally if noone listened to the warnings.
The most basic rule - if a developer speaks, you should listen. If more developers agree, you should act.

5. Learning and being challenged

Chances are if you’re hiring a developer that have 10 years of professional experience, you can count on them having at least 2-3 additional years of sparetime invested in their knowledge, and they did that for a reason.
As developers, the world we work in keep changing. Developers need to stay up-to-date, and most will do that on their own, if the challenges of the job require it. Just don’t expect a developer to stay in a position, if the tasks are the same as they were last year.

Are you a developer? Take a look at the list, and try to figure out which points are present in your current job, and which aren’t. From my own world, points #1, #2 and #5 are some of the main reasons I’m looking forward to my new job. Are you pleased with your own result?
Are you a manager? Try asking the developers how they feel about the points in this post. Are they satisfied with all points, or are some lacking?
kl. februar 18, 2018 Ingen kommentarer: 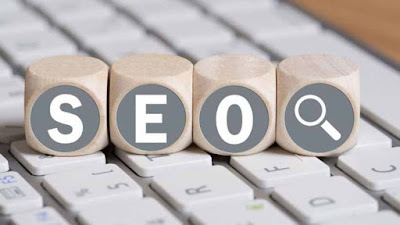 Knowledge about complex communication, interfaces and security is needed before customer are able to control real-time data for optimal use in the daily business.
Old databases, new devices, new platforms and technologies often force the customer to change to total new platform from one vendor without a profitable business case.
We are specialized in integration. We have a wide knowledge about protocols and interfaces. We are able to design the needed middleware so you can use all the needed business applications and 3.pp hardware in you system.
This will help you to keep a profitable investment.
We has developed a multi host communication system called the UNA-system, which enables devices to communicate with different host environments simultaneously in both LANs and WANs. The UNA-system is a concept rather than a product. The system takes different shapes depending on the customer and the technology in question and therefore often perfect as a middleware product in integration between different platforms.
kl. oktober 16, 2017 Ingen kommentarer:

With the Menu Manager you can easily split the navigation in two parts. On this page the top level in the page hierarchy is displayed horizontally and depending on what page is displayed a localized sub-menu is displayed vertically to the left. In this case the sub-menu to the left displays the sub-levels (children) to Default Templates Explained.

Attached style sheets for the menu

However, as you could see, both parts of the navigation are using the same menu manager template. That is because the output code is the same. It is only through CSS that the two parts get styled differently.

Floating the sidebar to the right

You can easily float the sidebar with the sub navigation to the right instead. Look in the Layout: Top menu + 2 columns style sheet for the float:left; property in the div#sidebar element. Change that to float:right; and the sidebar with the menu will instead be on the right side of the content, of course you will also have to adjust the margins for the sidebar and the div#main, basically just swap the left and right margins.
kl. oktober 16, 2017 1 kommentar: